For sale is my Washburn N4 Padauk Nuno Bettencourt model guitar. I purchased this from FunkyMunkyMusic in Kansas, USA, new in 2009. They had commissioned the Washburn custom shop in Chicago to make a run of 12 N4’s with the original Floyd Rose trem instead of the Schaller unit. The guitar was originally fitted with chrome hardware but I asked FunkyMunky to change it to black, thus making it one of a kind I guess. Before they shipped it, Nuno himself did a store signing in Kansas, so the guitar bears his signature on the back of the headstock. I have also fitted a tremstopper device, but this can be removed if you like.

The guitar hasn’t been played much and was only ever gigged a handful of times and thus is in good condition with just a few marks. I will give the guitar a thorough clean, setup and restring for the buyer if it goes for a good enough price. Trying to sell on here and Facebook etc first, but if I get no takers it’ll be going on eBay. Standard (off the shelf) N4’s are over £1800 in the UK now as the pound is much weaker against the dollar than it was in 2009. Guitars like this are incredibly rare and becoming very collectible. Make me an offer I can’t refuse via PM 🙂 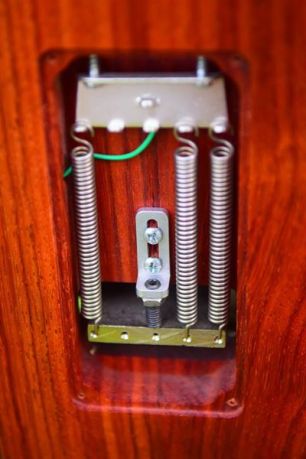 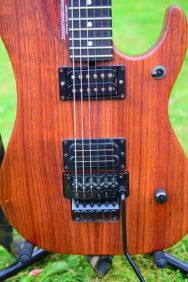 As requested, here are some more pictures! The only thing missing are the 4 screws for the backplate – imagine my annoyance. However, if you take another cavity screw out, it will be the same as that one. Thinner than the usual ones. Colour wise, I think the full length shot on the garden pics above is accurate – the pics below tend to be on the yellow side. 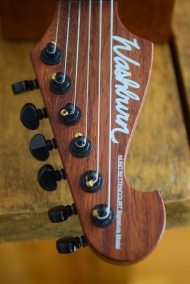 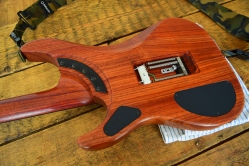 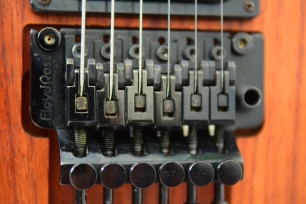 One thought on “Washburn N4 Padauk For Sale”